Finally! A way to play bunco online! Real. Actual. Bunco. With multiple tables, all the proper rules, and all the excitement. Welcome to Bunco Bonko, the fast-paced, massively multiplayer version of the classic party game Bunco. Interact with players from around the world and go head to head against friends and strangers - chatting, rolling, and winning big!

Bunco Bonko is a simple game. Players take turns rolling three dice, aiming to obtain points and BUNCOS. Players gain points for each die matching the current round number. A player scores a BUNCO if they roll three-of-a-kind matching the round number. The round stops when a team at the head table obtains 21 points or time runs out. Buncos win you charms for your bracelet and when you get all the charms in a City you've mastered it!
Play now and collect your FREE daily credits!

Play today on Desktop or Mobile!

It's The All-Time Party Favorite -- BUNCO!

Charissa (Co-Founder & CEO) – Charissa is a long time Bunco Veteran. She was first sucked in by friends nearly 10 years ago and has been a fan ever since. In addition to being a full-time mother of three, Charissa brings with her 15 years of experience doing Community Organizing & Volunteering for organizations like her kids school in Oregon where she completely revamped their annual school auction, more than tripling the fundraiser's income for the school. She also operated an Oregon based doula business, a service that helped new moms adjust to life after the birth of their child. She has been a Den Mother and run the Popcorn and Candy sales many times over for Boy Scouts of America in both Oregon and California. She also loves volunteering for Feed My Starving Children. Most recently she has been running the twice-annual book fair at her kids school in British Columbia, Canada. 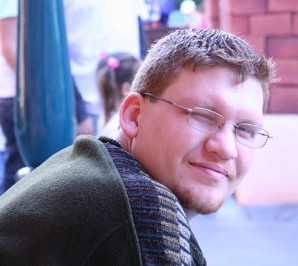 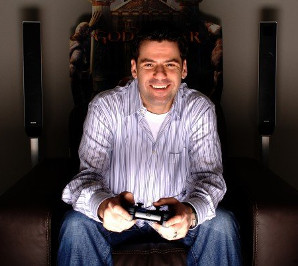 Matt (CMO) – Matt used to be what was called a "hardcore gamer", then he got old and had kids. Now he primarily just plays Lego games and anything that features "Toys to Life" figures. He also used to lead all marketing and public relations efforts for PlayStation in Canada but then moved his family to the mountains where he could focus on more important things, like skiing. He came out of retirement to work with the fine folks at Yapping Moose because he loves social games and already spends 11 hours a day on Facebook anyways. Matt is looking forward to building an active community around Bunco Bonko, if we can ever get him to stop running marathons and do some actual work.

Kattare Internet Services – As the primary hosting and operations partner of Yapping Moose, Kattare handles all of our server deployments and server maintenance. With 19 years in the business and top-notch staff, Kattare always seems to have the right solution for every problem.

ISO Interactive – ISO is the primary development partner of Yapping Moose. Like a best friend, ISO has been there for us through thick and thin. ISO's competent staff have been instrumental to bringing Yapping Moose websites and products to market and we are privileged to be able to work with them.

Founded in Kelowna, British Columbia (Canada!) in 2016 by cross-border husband and wife team American Ethan (‘Murica. Yeah.) and Canadian Charissa (For Sure, ‘Eh?), Yapping Moose Entertainment is the bridge connecting the casual gamer with complex multiplayer technologies. Our mission is to build social games that will bring friends and relatives together in new, exciting ways and to touch the lives of millions of players in the process.

WHY ARE YOU GUYS MOOSES?

Because we’re Canadians! Ok, and we really liked the movie Brother Bear. Ok, and those dudes in The Great White North. Ok, and who doesn’t like a Moose? Like, they’re big and lovable and fun and their antlers look funny, ‘eh? So. There ya go.

WE ARE LOOKING FOR
Previous Next
Do you like having followers? Like, lots, and lots of followers? Do you enjoy social networking? Making people happy? Playing games? Posting fun tidbits to Facebook, Twitter, and Instagram? We may have just the job for you. Yapping Moose Entertainment is looking for an online socialite to complement our team. Your job would be: